Life Lease: A Cost Saving Investment for the Active Senior 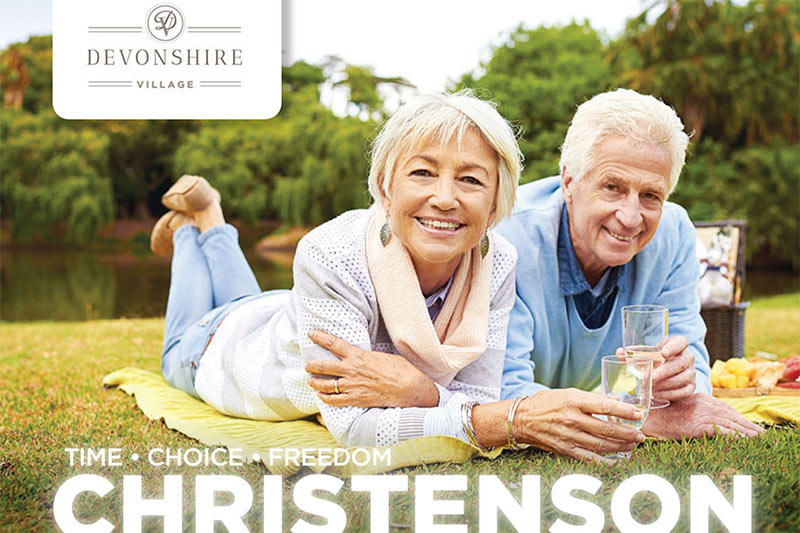 When an active senior is looking to downsize into accommodations where they can live independently there are several options.

One is to purchase a condo, another is apartment rental, or you can rent a luxury retirement home owned by a national investment firm. You could also choose an affordable subsidized seniors lodge, but not ideal for couples. There is however, a better option. Moving into a condominium quality life lease community. 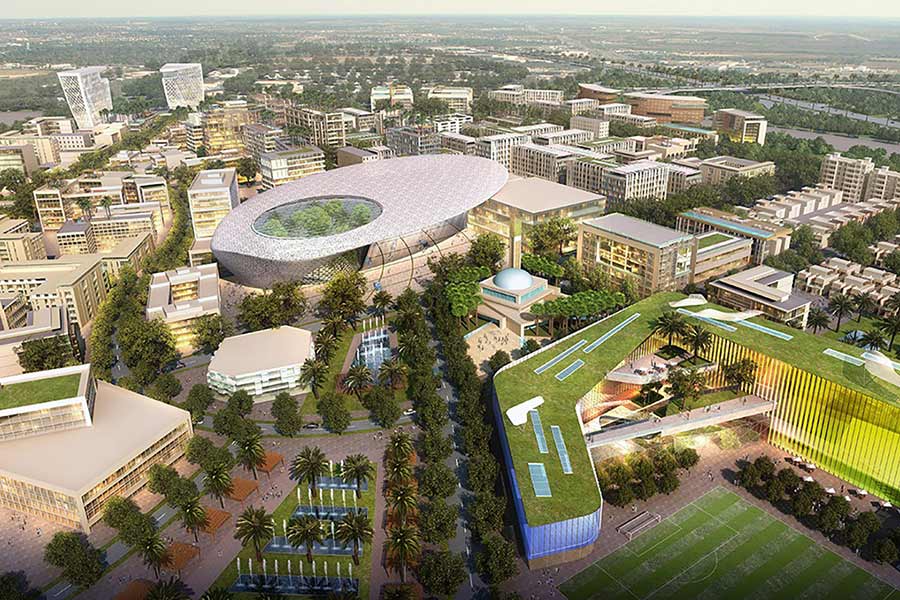 Healthcare institutions are responding to changes in healthcare reimbursement (moving from fee-for-service to a proactive-care model). The goal is improved community health and avoiding development of costly chronic illnesses. 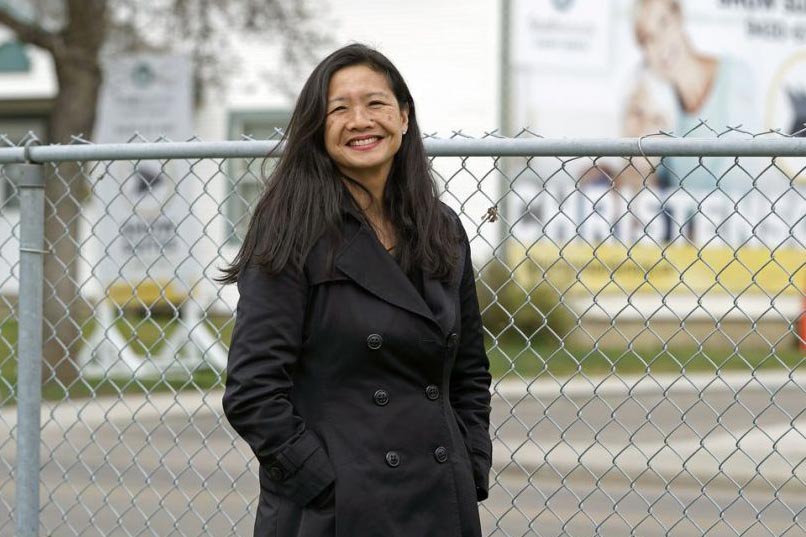 It’s not banning vehicles or cramming people in like sardines. It’s creating a village to give people healthy options and a place to belong.

On Tuesday, public health expert Karen Lee received a $4.4 million grant from the Public Health Agency of Canada to study which physical changes in two new developments will make the biggest difference to residents’ health, and to measure the residents’ health before and after the projects get built. 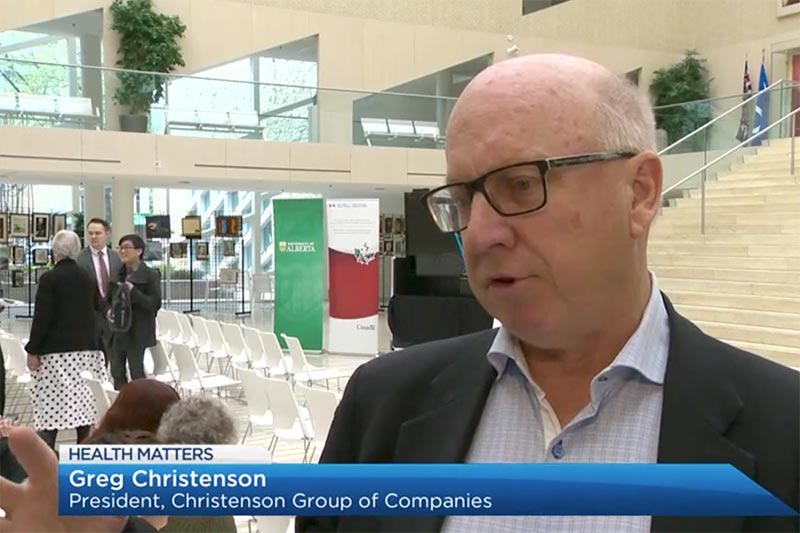 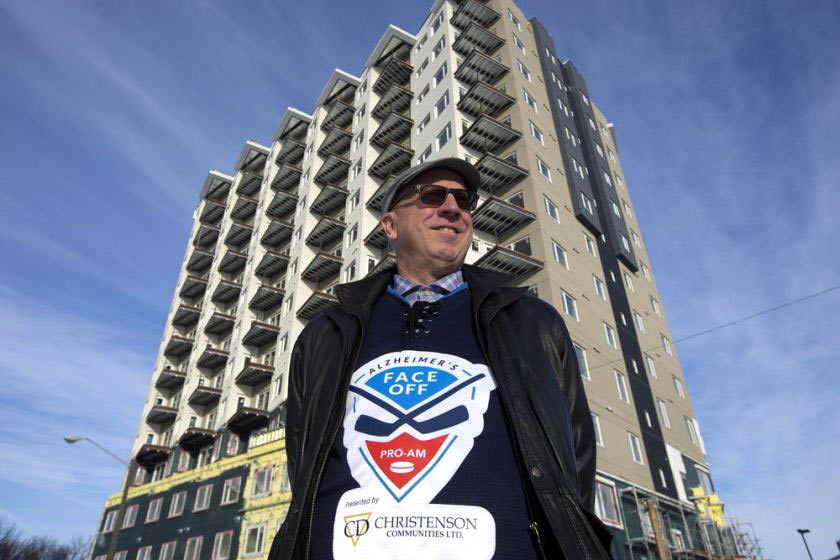 The eldest of the wealthy baby boom generation are turning 73 this year, but for them there will be no dreary, uncomfortable old folks homes of the popular imagination.

For several decades now, homebuilders have been erecting a new generation of seniors residences and communities that are more like luxury hotels or resorts than depressing institutional quarters. In Edmonton, home builder Greg Christenson has led this charge. 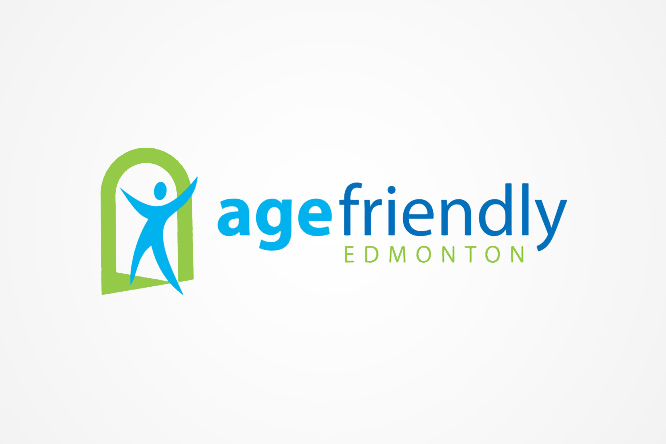 Age Friendly Edmonton™ is an initiative to build a city that values, respects and actively supports the well-being of seniors. An age friendly city is an inclusive place where age is not a barrier to access services, programs, businesses or facilities. Creating an age friendly city helps us all.

Co-led by the City of Edmonton and the Edmonton Seniors Coordinating Council, Age Friendly Edmonton™ is a partnership of organizations committed to local action. 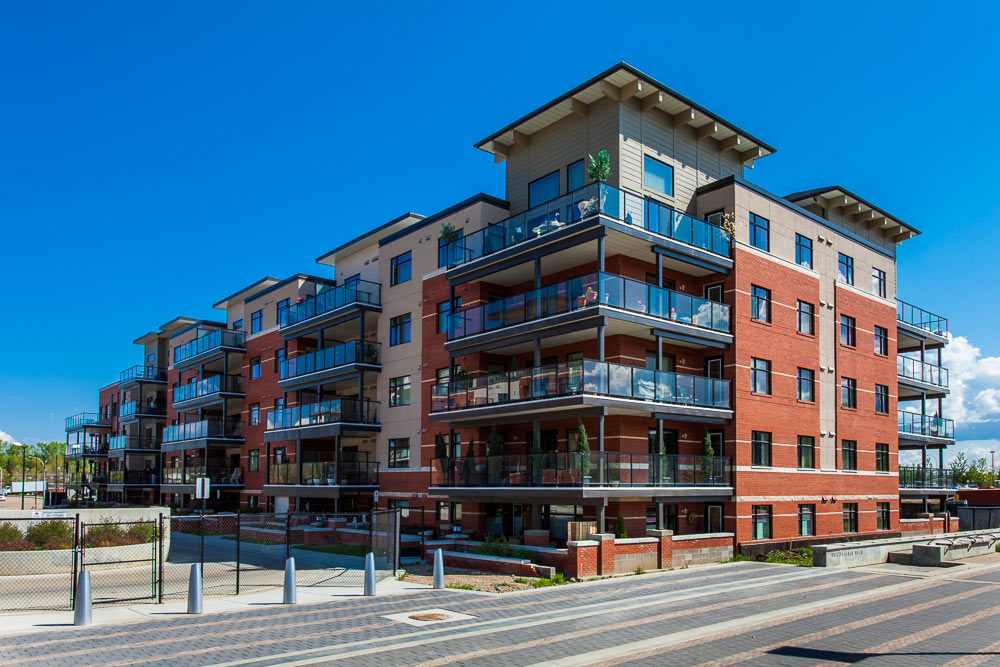 Sherwood Park, AB, November 8th, 2018 - On the evening of Tuesday, November 6th, Sherwood Park RCMP instructed the Bedford Village Retirement Community in Centre in the Park to evacuate immediately due to an incident in the area. The Bedford residents were moved to St. Teresa School, North of Bedford.

The primary goal of Christenson Communities (CCL) was the safety, security and wellbeing of all residents, and everyone was well looked after during the ordeal. Several hours later, authorities had given the okay for residents to return to their homes. At that time, any residents that had stayed with families or friends were able to return to Bedford. 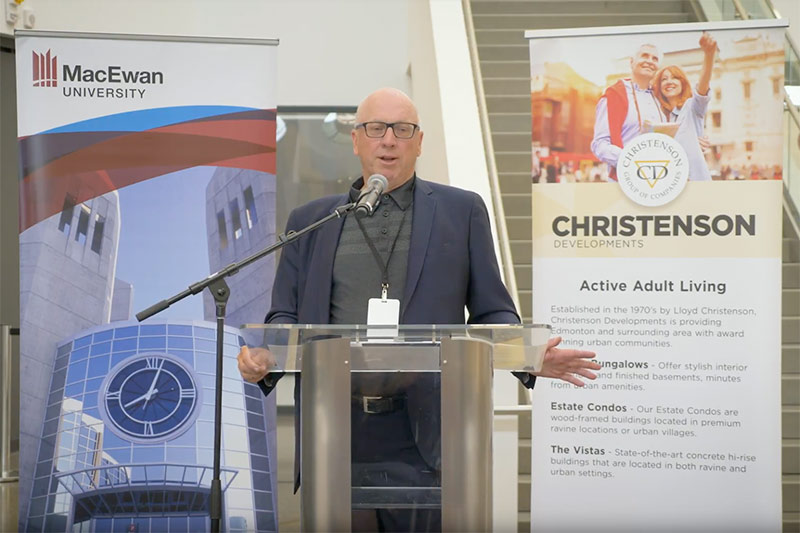 At a gathering on June 11, members of the MacEwan community celebrated the end of a successful first academic year in Allard Hall and recognized Greg Christenson’s contributions toward making that building a reality.

As campaign cabinet chair, Greg supported fundraising efforts for the Allard Hall project. He also made his own donation, which the university recognized by naming the pedway between Allard Hall and the Robbins Health Learning Centre the Christenson Communities Leadership Link.

It’s the latest in a series of contributions to the university made by Greg and Christenson Developments, each of which has been about linking people and communities, said MacEwan President Deborah Saucier. 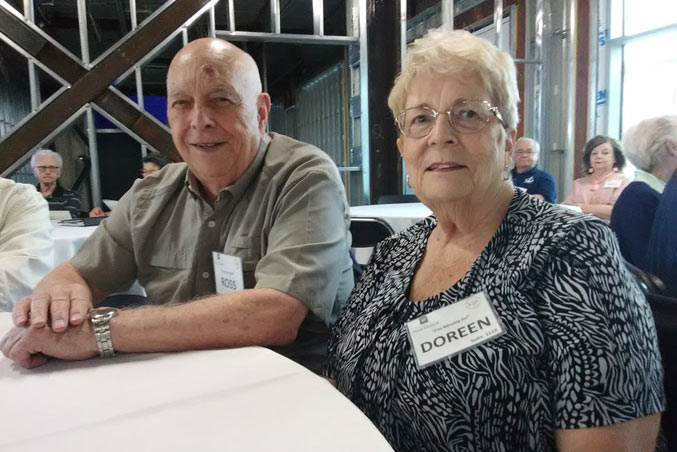 Doreen and Ross Connell raised a family in the northeast Edmonton community of Kilkenny. They’re now retired and living in Oliver, but are relocating to the innovative new senior’s residence of Village at Westmount.

Village at Westmount is a project of Christenson Developments, which has established a name for integrating independent and assisted living senior residences into walkable urban neighbourhoods.

"The important consideration was location. We wanted something near transportation," said Ross. "And the Life Lease was important to us. When something happens, like you have to go to a nursing home, the kids don’t have to worry about selling the property." 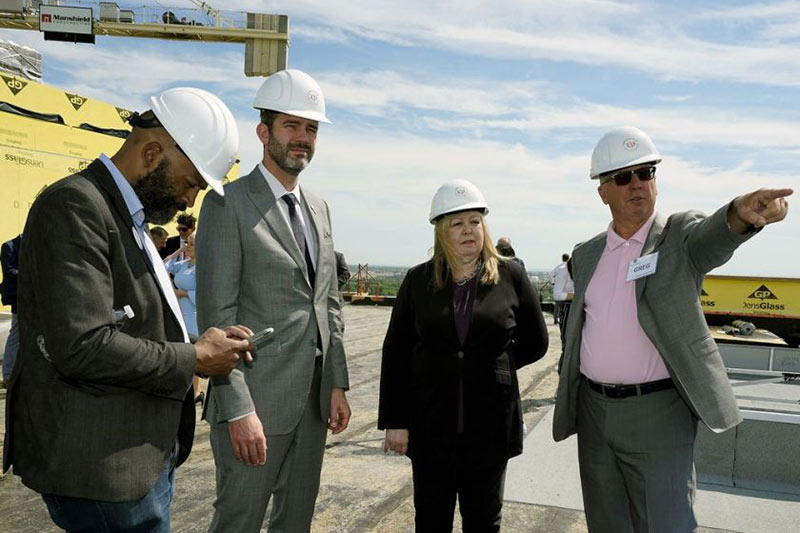 A highrise tower for seniors being built at a Westmount strip mall was touted Monday as one way to redevelop mature Edmonton communities and provide new housing options.

"As every city ages, we need to have more diversity in our housing supply," Mayor Don Iveson said Monday following a topping-off ceremony for the 14-storey structure.

The Village at Westmount will have 105 leased units and assisted living spaces when it opens next spring on one corner of the 1960s-era Westmount Village mall at Groat Road and 114 Avenue. 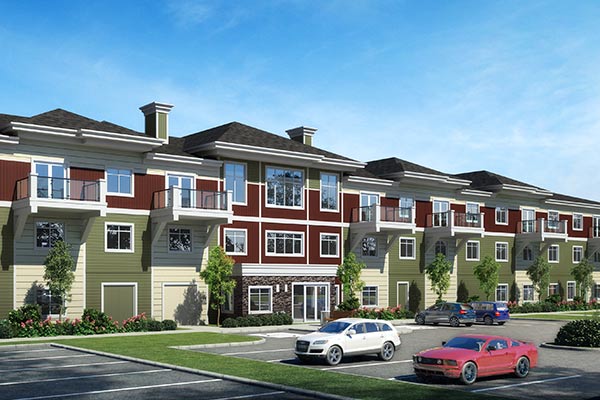 Many families in Whitecourt and surrounding area have been anxiously awaiting news of some kind on the construction of the Christenson Development Urban Village project planned for the area south of 49th Avenue.

In February of 2015, then MLA George VanderBurg excitedly announced the planned 50 assisted retirement living spaces as being just the beginning of a long-term development in the area. At the time, shovels were planned to hit dirt very quickly and the first stage was set to be completed by the end of 2016.

Now, well into 2018, with no building up and no visible activity on the land, many residents are growing concerned that this development is turning into a ghost project similar to the ‘always promised but never delivered’, new hospital. Wanting to be able to provide answers, the Press reached out to Christenson Development to find out exactly where the project currently sits in the process and what residents can expect going forward.

Greg Christenson - The Master of Reinvention 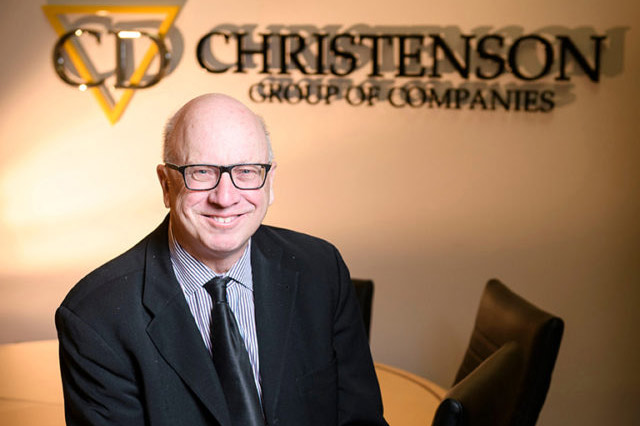 No matter what life throws at Greg Christenson, he and his company always rise up triumphant.

Christenson Group of Companies is a thriving community development firm that is best known for creating active adult living and engaging seniors’ communities, but did you know the roots of the company stretch back to the late 40s? Or that, at one point, company President Greg Christenson was down to just one employee during one of Alberta’s worst recessions? The story of the company, and of Peter Dirksen and Greg, the two men behind it, grew from a cycle of what Greg calls “boom, bust and pure survival.” Today, the Christenson Group of Companies can serve in any type of economy, thanks to the foresight, dedication and the drive of the people behind the company’s name.

“It started as a family business,” starts Greg. “My father, Lloyd, was building homes with his father, Andrew, in the late 40s and 50s in Camrose. In Edmonton, he was most active in the 60s, building custom homes on the south side. “We grew up in Grandview Heights, close to the University of Alberta (U of A) and across from the U of A farm. It’s part of our family DNA – the south side of Edmonton.

Chamber Ball – An Evening Of Brilliance 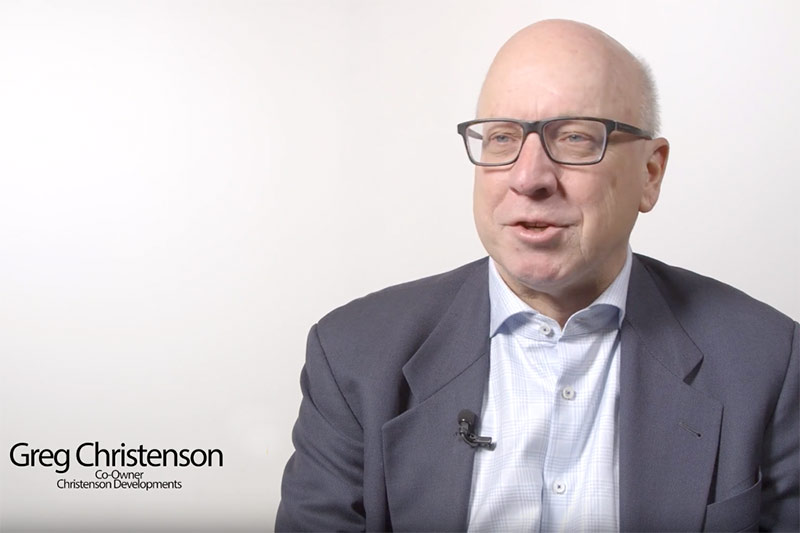 Our CEO, Greg Christenson, was honoured to be the 2018 recipient of the Edmonton Chamber of Commerce Northern Lights Award. This prestigious award was presented to him at the Chamber Ball - An Evening Of Brilliance - on January 27th, 2018. Click the link below to watch the tribute video.

The Northern Lights Award of Distinction publicly honors, in a concrete way, individuals and organizations that have made a positive and lasting difference in our community. The Chamber has sought to acknowledge excellence as and where it can be both demonstrated and justified and when, in our opinion, it is aptly deserved. Among other criteria, recipients of the award demonstrate exceptional leadership, have had a significant economic effect on Edmonton, and have acted in accordance with the Edmonton Chamber's mandate, principle, and values.

This year we celebrate a true pillar in the Edmonton business community with our awarding of the 2017 Northern Lights Award to Greg Christenson, President and Co-Owner of the Christenson Group of Companies. 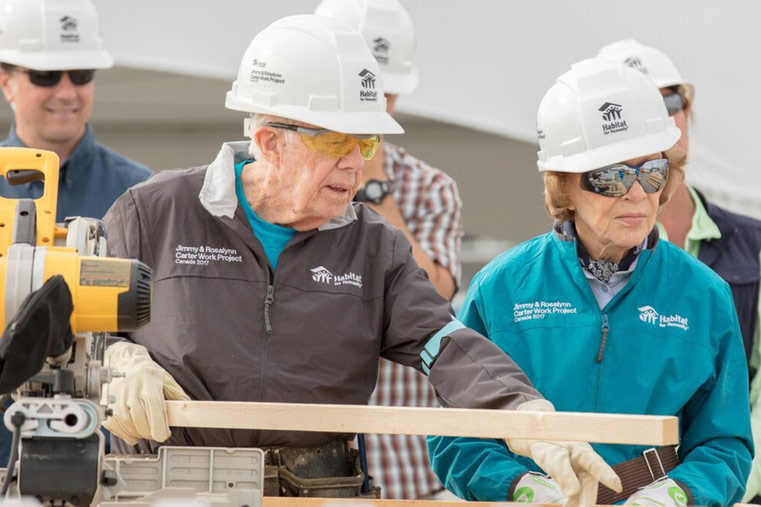 Former U.S. President Jimmy Carter and former first lady Rosalynn Carter volunteered alongside future homeowners in Edmonton, Alberta, and Winnipeg, Manitoba, with additional projects taking place in communities across the country. Our communications strategy kicked off on October 2, 2016, World Habitat Day, when we announced the project.

In April 2017, on behalf of Habitat for Humanity, PSB surveyed 1,000 people in the United States and Canada, examining the perceptions, challenges to and benefits of affordable housing in both countries. The survey resulted in our first-ever Affordable Housing Survey, which underscored the urgent need for solutions to the affordable housing crisis. 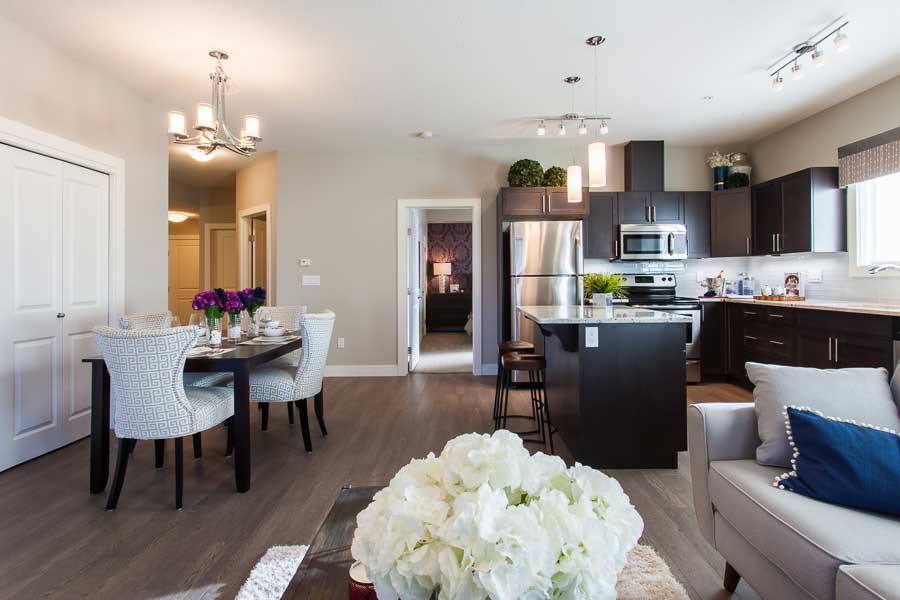 Christenson Developments welcomes you to explore Eton Park Estates! This beautiful development is found within the desirable Emerald Hills community - a sprawling 50 acre Urban Village that is located on Sherwood Park's north side.

Eton Park Estates is a four-storey condominium placed within the centre of an array of first-rate amenities, such as a 7.5 acre scenic park, walking trails, and over 40 retail and service outlets. Strategically situated, Eton Park Estates also offers convenient access to a major roadway, Yellowhead Trail, allowing for easy commutes to and from Edmonton.

Showcasing 56 beautifully designed condominiums, Eton Park Estates provides numerous living options for homeowners to choose from, which are sure to meet a wide variety of consumer lifestyle needs.

U OF A Engineering

It Takes A Leader To Build A Village 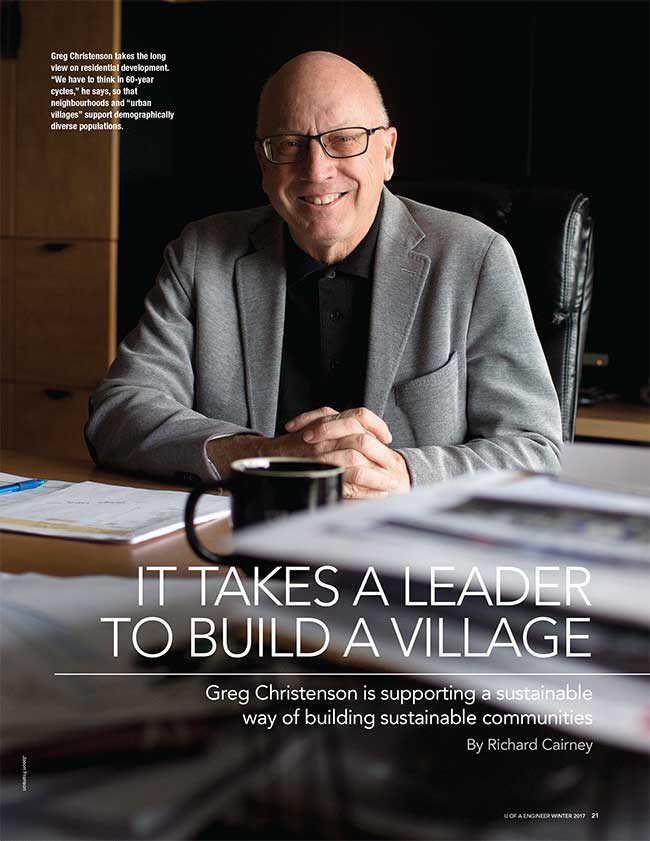 When Greg Christenson (Civil ’79) talks about homebuilding, he’s really addressing the creation of sustainable communities and neighbourhoods—planning the ways that buildings, services and gathering places serve the families making it their home, knitting people together in a community that thrives and endures over generations.

He’s the kind of guy who wonders why towns and cities sprouted up where they did, and what kept them going. 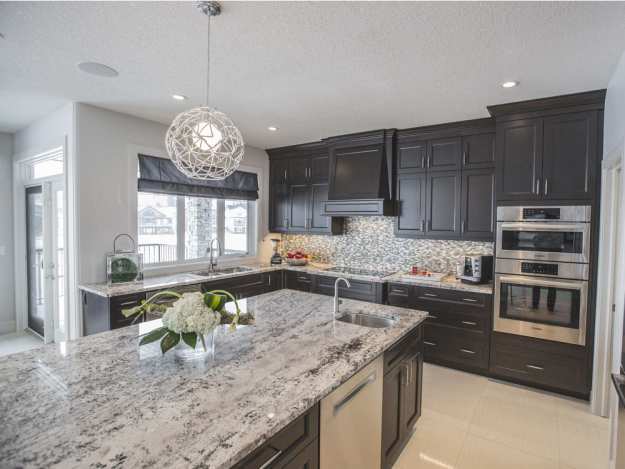 For the retired or semi-retired, a downtown highrise condo isn’t the only downsizing option. Christenson Developments’ River’s Edge Villas in Edmonton’s southwest Cameron Heights subdivision, offers an enticing alternative. Forty bungalow-style duplexes make up an adult-only community that is surrounded by green space, parks and trails.

It’s that feeling of not being hemmed in by other homes that is one selling point. Sitting in your dining room, you aren’t staring at the neighbour’s house, but instead, at a park or pond. “It’s a beautiful setting,” points out Karey Lear, River’s Edge lifestyle consultant. “We have a gazebo where you can sit and socialize, and there are walking trails that connect to the city’s trail system.”

Working together to build healthy communities for all Albertans 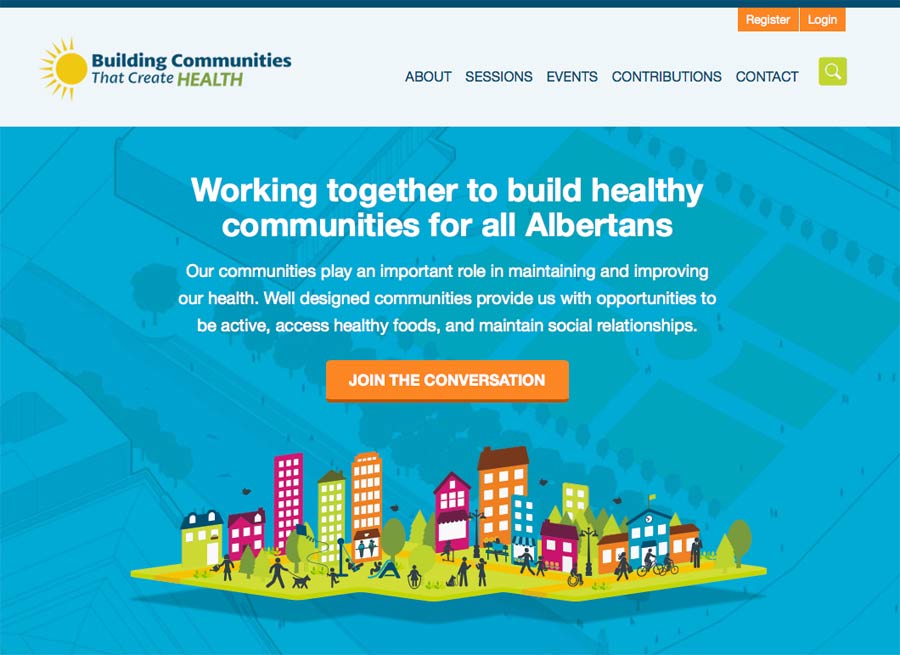 Our communities play an important role in maintaining and improving our health. Well designed communities provide us with opportunities to be active, access healthy foods, and maintain social relationships.

The way that our communities are designed influences our ability to lead healthy and active lives. By providing us with opportunities to be active, access healthy foods and maintain social relationships, our communities contribute to our health - often without us even realizing it.

Planning, developing, and building communities that create and support health cannot be achieved by any one individual, organization, business, or government. It requires all of us, across multiple sectors, to work together. To achieve this goal, the Office of the Chief Medical Officer of Health collaborated with Dr. Karen K. Lee, a leading international expert*hellip;

Red Deer and Rocky Mountain House are getting some of the $68.3 million in grants the province is handing out to build new supportive living facilities.

“Alberta Health Services has identified Red Deer as one of the communities that we need to pay attention to. The population here is aging and there are services that we know in the future will be missing,” said Seniors Associate Minister George VanderBurg, who was at the Golden Circle Seniors Centre on Wednesday to announce the Red Deer projects before going to Rocky.