The Benefits of Walkable CommunitiesPart 1

For decades, Christenson Group of Companies has been a leader in the development of intelligently designed, social communities in Alberta. What all Christenson projects have in common—whether they're for active adults or active seniors—are the features that are associated with walkable, complete communities, like pedestrian paths, easy access to shops and services, and a sense of place that comes from being able to pass your neighbours on the street and say "Hello!" 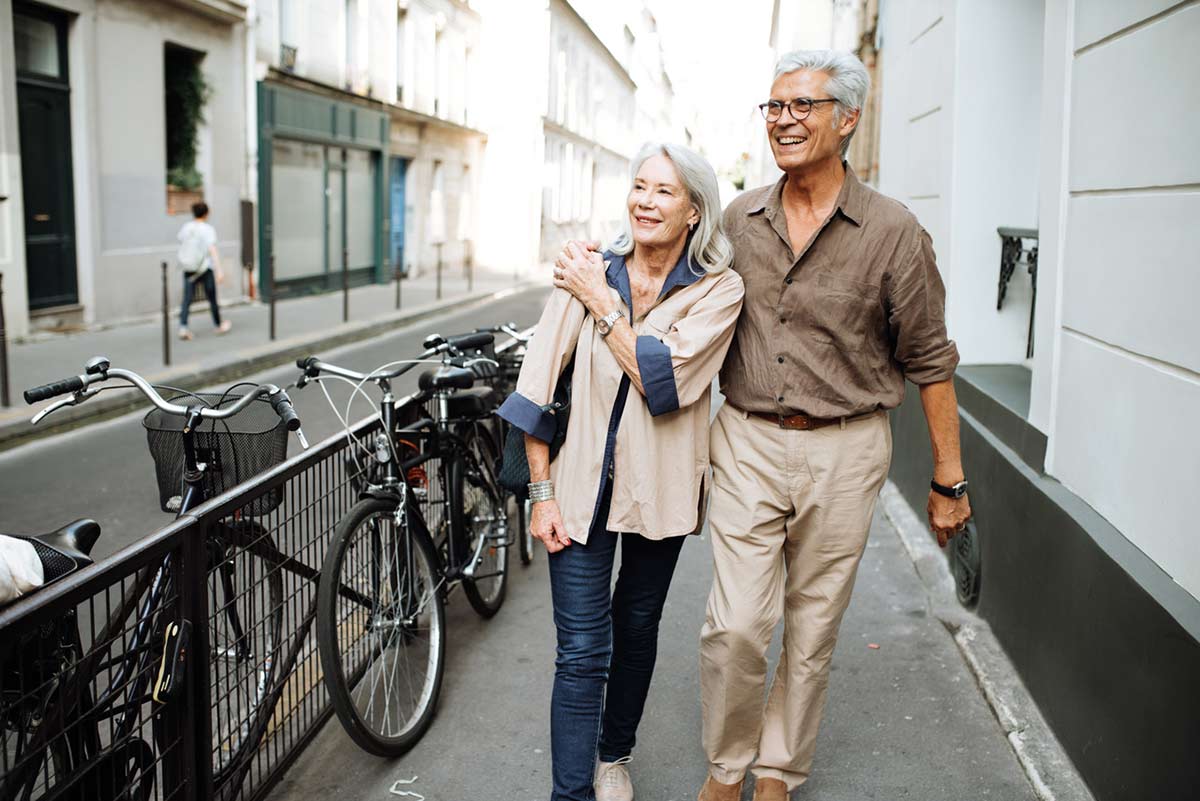 The concept of walkable communities isn’t new, but as awareness and concern about environmental pollution, urban sprawl, traffic safety and lack of physical activity has grown, so has the research into walkability and its benefits.

What makes a community walkable?

In a walkable or complete community, residents have the option to leave the car at home and walk, bike or take public transit to get to work, run errands or socialize with friends.

There is a range of transportation and housing options available; services and amenities are within easy walking distance; and safe walking paths and bike lanes make it enjoyable to get around on foot (or two wheels). In its simplest terms, walkability can be defined as the extent to which an area or built environment is pedestrian friendly.

Walkable communities aren’t just for young adults either. They’re designed to be for everyone, at every stage of life: active seniors, young professionals and families with children all benefit from living in a place that has been designed around the needs of people rather than cars.

In Part Two of this blog, we’ll look at what goes into making communities more walkable. In this part, we look at the many benefits of walkable communities.

People living in more walkable communities have been found to have a decreased risk of heart attacks. Like other forms of exercise, walking burns calories, decreases stress and releases feel-good endorphins that can lift your mood.

From cardiovascular disease and obesity to depression and osteoporosis, physical activity has been found to prevent—or at least reduce—the likelihood of all kinds of chronic diseases. International cancer researchers even recommend that new developments, like residential communities, be designed to encourage walking because walking contributes to a reduction of cancer in the population.

The growing concern over global climate change has urban planners and policy makers around the world working on ways to reduce vehicle traffic in cities. But banning cars from certain areas doesn’t automatically increase the walkability of an area—infrastructure that encourages walking, cycling and the use of mass transit needs to be put in place too.

When areas are planned with walkability in mind, people are more likely to leave their cars at home by choice. This leads to fewer vehicles on the road, less traffic congestion (not to mention lower stress levels for motorists) and, of course, lower CO2 emissions and cleaner air for everyone.

A 2016 U.S. study from George Washington University found that walkable urban places in all 30 of the largest metropolitan areas in the U.S. were gaining market share over their drivable suburban competition and showing much higher rental premiums.

The data showed that metropolitan areas with the highest levels of walkable urbanism were also the most educated and wealthy. And yet, surprisingly, these walkable urban areas were found to be the most socially equitable too. How?

Because residents were able to save on transportation costs (driving and maintaining a car is expensive) and had better access to employment, both of which offset the higher costs of housing.

Walkable cities and communities aren’t just better for the environment, the economy and our physical health. They also have a stronger sense of place, a sense of belonging and inclusivity.

People-first places lead to more social interaction, livelier communities and increased tourism. It’s no coincidence that many of the cities ranked as the most walkable in the world—like Florence, New York City, Paris, Vancouver and Buenos Aires—are also some of the most popular international tourist destinations.

In Part 2 of this blog post, we’ll look at what goes into making communities more walkable.

To learn more about the movement to build more complete communities in Alberta, visit the Alberta Community Builders website.